skip to main | skip to sidebar

Many of you who follow my blog know I'm involved in the "Pink Scarf Project".  We collected hundreds of pink scarves to hand out to cancer patients going through chemo and radiation.  We had the privilege of doing this in our hospital in October of last year.  October is breast cancer awareness month.  The newspaper ran an article about it and featured the first patient who received one.  She was very gracious in granting an interview and really enjoyed the scarf and was so thankful to the people who took the time to make them.  Yesterday I found out that she passed away.  That's the reality of dealing with cancer.  Not every story has a happy ending.  I know our scarves won't eradicate the disease.  They don't bring miracles.  I wish they could. But my wish is those scarves will bring a moment of hope.  A moment that says somebody cares and knows that you are in the fight of your life and we're in your corner.  A moment that might bring a smile.  There are many times that we do beat the monster called cancer.  Many times there is a happy ending.  I'm wishing that for my good buddy Donna.  So far so good for her!  One day in our hospital lobby I happened to see an older gentleman walking out holding one of our scarves.  It looked like he was holding it for his wife.  It made me smile to see it and I hope it brought them some happiness.  I thought I knew about cancer...I've seen it in my work life.  I know what it looks like on the liver...on the breast...on the colon.  I've felt the tumors, I've help implant the ports that deliver the chemo.  However, until I saw the reality of it on the faces of people I love, I realized I didn't know "squat" about it. I didn't know what going through chemo was like..or how radiation makes you feel.  How expensive the drugs are to treat it and keep it at bay.  How the other members of the family have to deal with watching somebody they love go through it.  I've learned a lot about it these past few years.  That's what made me decide to help with the project. We still have lots of scarves that will be sent to other places for patients.  I won't know the final outcome of all who receive one.  I'll just hope and pray someday we won't need to hand them out...and the reality of the Pink Scarf is a cure.
Posted by yaya at 9:58 PM

A very touching post, Yaya. I'm sorry for the heartache you encounter and feel with patients and friends. I'm thrilled that there are caregivers like you who care that deeply and who put their heart into it. The Pink Scarf project is such a worthy one. Thank you for caring so much.

Oh wow. That post sure did touch my heart. Cancer is so scary, especially once you know someone who has it. I love the idea of the pink scarf project. I know it lifts the patient's spirits.

You are involved in a wonderful cause. My partner, Lea has had first hand experience with her oldest girl, Bianca having had leukemia. She is thankfully now in remission. Keep up the great work!

I pray everyday that if they can cure anything it is cancer. what a horror it is.
and what a great project you are involved in.
Cathy

A lovely effort. We do prayer shawls for our church members...my mom has one :)

My fingers have nearly fallen silent, YaYa. All I can do is nod in agreement and say a little prayer for Donna and all the other people who are facing this challenge. The pink scarves that are being distributed to cancer patients are symbolic and empowering. They lift the patient's spirits and let them know people care. Bless you, dear friend, for your involvement in this ongoing battle.

Think pink. Victory is within reach.

Such a touching and heartfelt post. You are doing a wonderful job of handing out the Pink Scarves. The reality is tough, and the Scarves make the patients understand that they are not alone and some one else is willing to be there for them.

I hope that your wish of getting rid of cancer all together comes true. One day, some day is what we can ask for.

What a great post Yaya, I know that everyone who goes through cancer treatments has a different story but similar in some ways. We all suffer physically, emotionally and monetary, anguish and are changed for ever. The drugs are very expensive like you said as I have witnessed first hand but when your life depends on it you are left with no other choice. Having cancer is like having your back to a brick wall with a firing squad in front of you.


The Pink Scarf project is a worthy one and I'll be glad to do another one
Cancer is a horrible disease that needs to be address at the base level. How do we get it in the first place?

It's our immune system that is all screwed up with all the chemical that is present in the food we eat, the stuff we drink and breath etc. It's our lifestyles, the chemicals that are presents in our home, cars and on our skin.

What a beautiful project, indeed!

Beautiful and touching post. Anything that brings positivity and light to the subject is beneficial. Even when someone loses their battle, they have passed on with the knowledge that people care. That is very important.

You really touched my heart with this post. Sadly, as most of us are, I too am all to familiar with all that comes with the word 'cancer'.
Thank heavens for people like you and your co-workers and friends who do all the things you do to help ease all the things that come with this disease. I love your pink scarf program and think it is such a wonderful project. Donna is always in my prayers and heart..
Much love and gratitude dear friend...

This truly touches my heart because not only am I a survivor, but have watched many beloved friends walk through breast cancer and survive. Such a difference has been made over the past years. I remember when I entered the hospital for mine, there was a sweet lady there to meet me with a bag full of goodies and reassure me about what I would be going through. Every person I encountered was kind to me. You are one of those and I love your pink scarf project. Praying your friend Donna will continue to do well. She is blessed to have you as friend.

What a touching and lovely post. My dad is a recent cancer survivor so I really loved reading this :)

Mom said if you ever have more to place the James Cancer Center is glad to have them.

I love your thoughts in this post and the project that inspired them. It really is hard watching someone we love go through cancer, and I think small acts of love make a very big difference.

Just have to share with you that my sister hit the 5 year "cancer-free" mark last week (Jan. 14). Such a worthy cause for your pink scarves.

You can't imagine how heartening this is to me. I live in fear for my other daughtgers now, as well as my baby sister who is on the Chemo pills and a dear friend of some 36 years who is dying..like my Sandy did. Lost both parents to it and two husbands and a daughter and so many of my friends. I don't understand but I know there are dear people out there fighting for us.
My family and I thank you so much!

Cancer is very hard on everyone. I know from my experience with breast cancer and watching my brother Gary suffer with it for three years now that yes your scarfs do make a huge difference to those receiving one.
It has been a long time since I have crocheted I wonder if I could make them.
Thanks honey for being involved in this project.
Love
Maggie 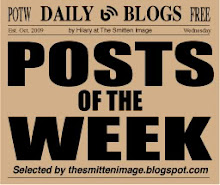 Be kind, for everyone you meet is fighting a hard battle.
Plato 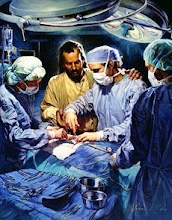 yaya
ashland, ohio, United States
Welcome to the Pines! I'm a wife of many, many years with my Chiropractor hubbie, the Mom to 4 all grown up boys/now men...and Grandmother to 9 super Grandkiddos. I work in surgery and my simple adventures are here for your amusement..can you take it?